Indoor plants are a great addition to any home but the best air cleaning plants can offer healthy benefits for you and your family. Besides releasing fresh oxygen into the air, these special plants can absorb toxic chemicals floating in the air, such as benzene, formaldehyde, and trichloroethylene.

These chemicals can come from all kinds of sources. For example, certain home furnishings or cleaning products might release chemicals, or pollution from outdoors can drift inside, especially if you live in the city.

Although indoor air pollution is invisible, it can cause health problems such as headaches, fatigue, dizziness, and nausea. The health effects of indoor pollution are common enough that a medical term has been coined for them:“sick building syndrome” (SBS). 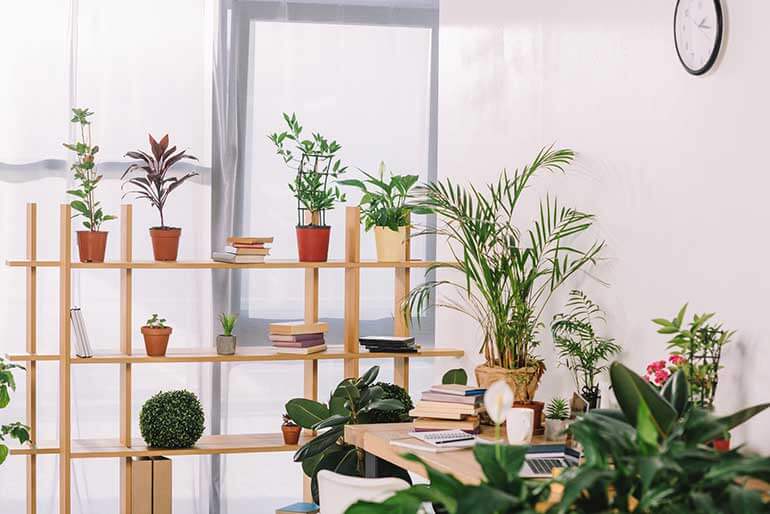 Sick Building Syndrome (SBS) is sometimes solved through better ventilation or by removing the source of pollution, but neither of those options actually purifies the air. They simply move the pollution from one place to another.

That’s one reason why air cleaning plants have become more popular in recent years. NASA was the first to discover them during their “Clean Air Study” in 1989. They were researching ways to purify the air of space stations, and plants were their top solution.

Not all plants were equally effective, though. Some plants were incredible at filtering the air, while others barely affected the air quality. Through their research, they were able to identify the best air cleaning plants and compiled them all in a list.

However, one problem with this list is that many of the plants are not pet-friendly or child-friendly. They’re fantastic for purifying the air, but they can be harmful to plant-nibbling cats or babies who chew on everything.

Some Air Purifying Houseplants are Toxic to Pets and Children

For instance, Peace Lilies are both lovely and amazing at removing household chemicals. They’re one of the top three plants on NASA’s list—but they’re also toxic to pets and children. Even though they are one of the best air-cleaning plants commonly available, Peace Lilies can cause skin irritation and swelling, even in adults.

Similarly, English Ivy is a great choice for cleaning the air, but it’s not child-friendly or pet-friendly. It thrives indoors and is easy to care for, but its sap can cause severe dermatitis or terrible indigestion if eaten. 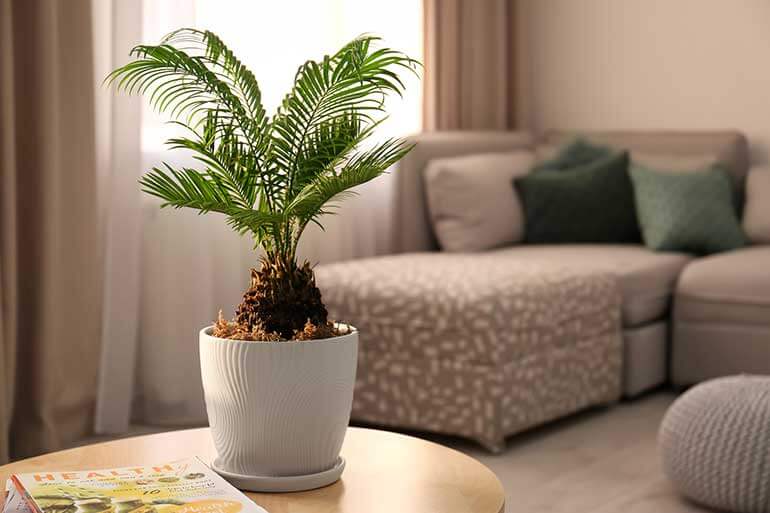 This elegant plant is a superstar at filtering the air. It’s especially effective at removing formaldehyde from the air. Of all the plants NASA tested, the bamboo palm took out the most formaldehyde by far.

Since formaldehyde is a common household pollutant—coming from sources such as glues, carpets, cigarettes, foam insulation, and gas stoves—the bamboo palm is a handy houseplant to have around. By filtering out formaldehyde, as well as several other pollutants, it can have a powerful positive effect on your home’s air quality.

Related: Home Remodel | How To Keep Cat Safety in Mind 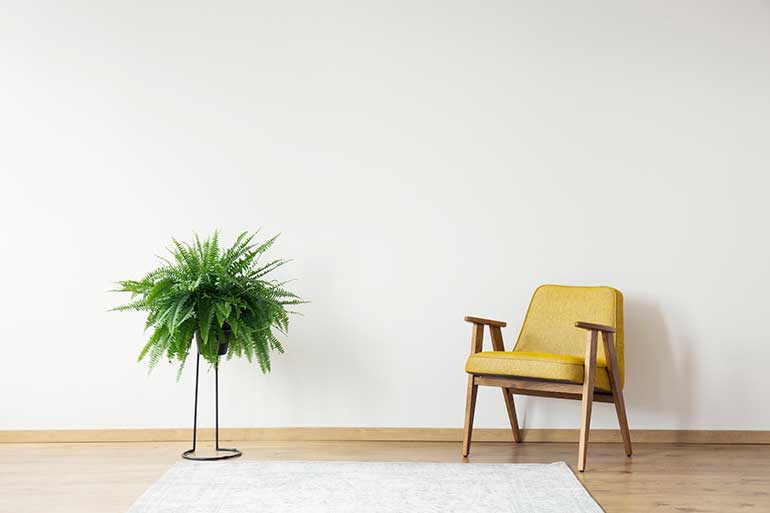 Another champion at removing formaldehyde is the Boston fern. It’s the second-best formaldehyde-filtering plant, right after the bamboo palm. Like the bamboo palm, it also filters xylene and toluene from the air. Both of these chemicals are common in areas with a lot of traffic, as well as in homes with fresh paint, paint thinners, or nail polish.

However, the Boston fern—like all ferns—can be a little tricky to care for. It prefers cool air, indirect light, high humidity, and frequent watering. If you’re up to the challenge, though, it’ll reward you with beautiful fronds and fresher air.

If you live in an area with low humidity, you can also try out the Kimberly queen fern, an air cleaning plant similar to the Boston fern. It removes the same pollutants as the Boston fern, but has a somewhat different “look,” growing more upward instead of arching down. 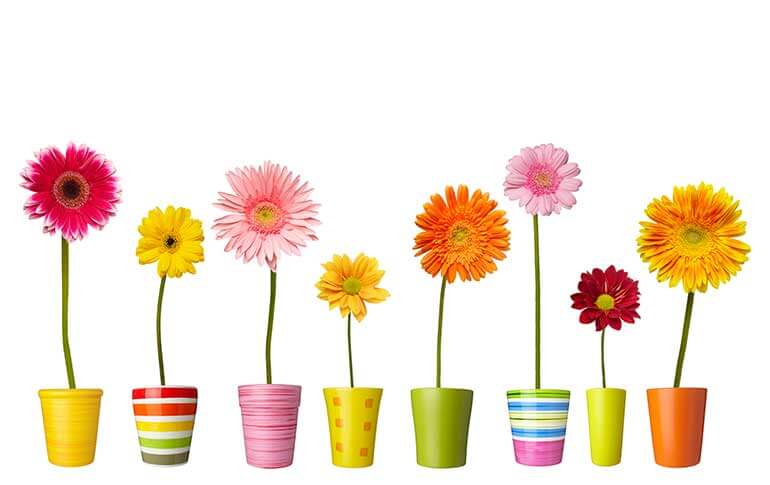 Originally from South Africa, the Barberton daisy is one of the best air-cleaning plants for filtering benzene and trichloroethylene, two common air pollutants. Trichloroethylene can come from household adhesives, paint removers, spot removers, and correction fluids, while benzene can come from glues, paints, and detergents, as well as vehicle exhaust and tobacco smoke.

Besides cleaning the air of pollutants, the Barberton daisy also looks beautiful. Its bright yellow, red, and orange flowers bring life to a room in both summer and winter. Though they are traditionally grown outdoors, they have recently become more popular as indoor houseplants, too. Just make sure they have enough water and sunshine to keep them vibrant. 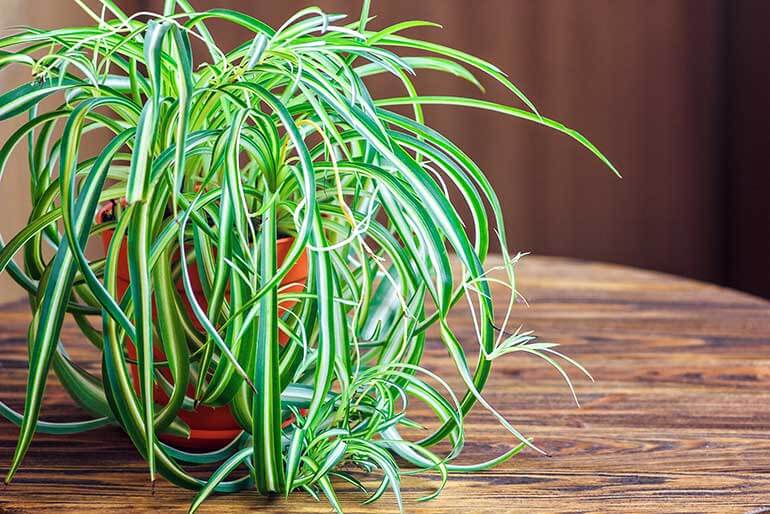 This tough plant is super easy to care for. Though it doesn’t remove as many pollutants as the previous plants, it’s less likely to die on you. It can thrive with limited water and a wide range of indoor temperatures, from a cool 55 degrees (13°C) to a balmy 80 degrees (27°C). If you’re prone to neglecting your houseplants, this hardy plant might be a good choice for cleaning your home’s air.

Spider plants also grow quickly and look nice in both pots and hanging baskets. Under the right conditions, they can even produce little white flowers. One thing to keep in mind, though, is that the leaves of spider plants can begin to brown if there’s fluoride in the water you’re giving them. Brown leaves are normal and won’t kill your plant, but if you prefer green leaves, you can simply use rainwater or distilled water instead of water from a faucet.

Regardless of which of the best air cleaning plants you choose, you’ll benefit from their presence in your home. They’ll not only improve your home’s air quality, but also your long-term health.

The following plants were tested during the NASA Clean Air 1989 study:

Prepare for Your Florida Boating Adventure