How to Properly Care, Store, Handle, and Retire the American Flag

Flying the American flag is acceptable any day of the year, especially on National Holidays like Veteran’s Day and Labor Day. American flags are collected and cherished by many, becoming heirlooms and keepsakes. However, these aging flags need to be carefully stored because the fabric used to make older flags often become fragile over time.

In between holidays, it’s critical to store your flag in a climate-controlled environment where it will be protected from dirt, moisture, and damaging ultraviolet light.

While the flag’s colors did not have a specific meaning when adopted in 1777, the colors became meaningful and significant for the Great Seal of 1782.

Today, the flag’s colors have meaning:

We celebrate Flag Day on June 14th to commemorate the adoption of the official symbol of the United States of America; the flag called the “Stars and Stripes.” This happened on that date in 1777 by a resolution of the Second Continental Congress.

Store your flag in a climate-controlled storage unit

A climate-controlled self storage unit is an ideal place to keep your flag because it will protect it from ultraviolet light and prevent swings in temperature and humidity. Here are a few tips on how to properly store the American flag:

How to fold an American flag

If your American Flag is frequently used, it should be folded carefully into a triangle when not in proper use, with only the blue field and white stars showing. If you are putting your flag away at night and going to put it back up in the morning, this folding approach is the best way to keep it. If you don’t know how to do this fold, there are a lot of online flag-folding tutorials and even YouTube video instructions.

How to retire an American flag

Never throw away the American flag; the flag should be destroyed by burning it in a dignified manner. If you don’t have the means to have a respectful burning, or just don’t feel comfortable doing it, the American Legion has annual lag ceremonies that include a respectful disposal of unusable flags called The Ceremony for Disposal of Unserviceable Flags.

The National Convention of The American Legion meeting in New York on September 20-23, 1937 approved the Ceremony for Disposal of Unserviceable Flags through Resolution No. 440.

If you’re looking for long-term or short-term self storage for your flags or anything else, feel free to visit any Metro Self Storage location throughout the United States. Any of our self storage professionals will be happy to recommend a self storage unit that affords you the storage solution you need. 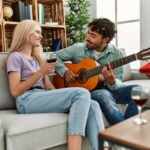 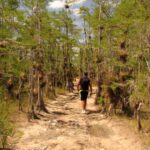 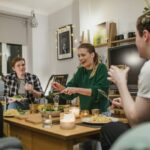 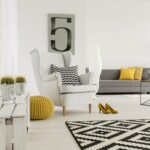